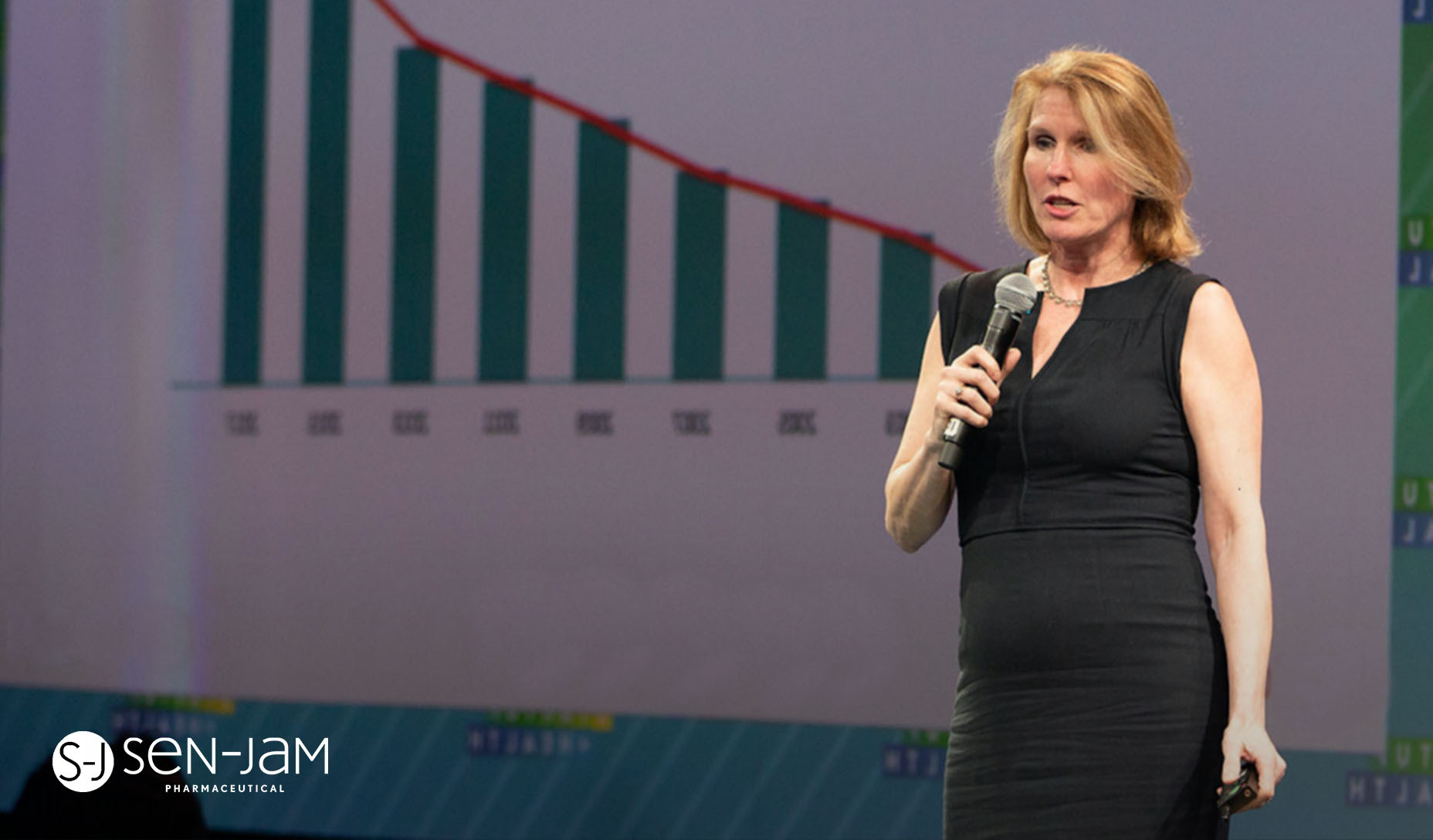 Sen-Jam Pharmaceutical is revolutionizing pain management by treating inflammation as a root cause. From the opioid crisis to the COVID-19 pandemic, Sen-Jam is at the forefront of creating safe and cost-effective pain relievers.

This article will take about 5 minutes to read

Iversen came to notice that the standard of care is to treat pain instead of trying to prevent it. Pain is often merely a symptom of an underlying cause. Through her research, Iversen was able to isolate inflammation as a common culprit. Seeking better as well as more efficient treatment options, she found that the compound already existed in countless safe, tested, over-the-counter drugs. They simply weren’t being used to address pain. Armed with these findings, Iversen founded Sen-Jam Pharmaceutical.

“When you take one dose of our product before consuming alcohol, it prevents an inflammatory response from occurring,” explains Jacqueline Iversen of their product, SJP 001. “The next morning you’ll wake up feeling refreshed and productive.”

For those unfamiliar with the pharmaceutical field or pain management prescriptions, this discovery may seem slight. However, Jacqueline saw not just the possibilities for the company, but for the world.

Approximately 1 in 5 adults worldwide suffers from pain which requires medical or pharmaceutical support to manage. This need drives a global market revenue of $28 billion USD for over-the-counter or non-prescription pain medications. If you include the revenues from prescription painkillers, this number doubles. The largest share of this vast market is currently held by one category of drug in particular: opioids.

Opioids were widely used as painkillers in the US beginning around 1775. Its popularity among doctors and pharmacists has fluctuated many times since then. Often, medical professionals tried to balance the benefits of its potency against the costs of its addictiveness. In the 1990s several large pharmaceutical companies decided that the drugs’ profitability outweighed any danger. This led to the mass marketing of opioids in the form of several different kinds of painkillers including Oxycontin, Fentanyl, and Morphine among others. Between 1997 and 2002 prescriptions for Morphine had risen 73%, Fentanyl by 226%, and Oxycontin by 402%.

What resulted was one of the most deadly epidemics in US history. The addiction rates skyrocketed and the national record for overdose-related deaths rose with it. Doctors were also finding that the effects weren’t limited to the adults to whom the drugs were prescribed. Each year 27,000+ babies addicted to opioids were born. The rate of teenage addiction also increased. Kids took prescription medication from their parents’ bathroom cabinets. In 2017 there were approximately 142 opioid-related deaths per day in the United States. Media awareness and increased treatment programs saw this number decreasing throughout 2018 and 2019. However, COVID-19 has waylaid efforts by causing increased isolation, economic stress, as well as the cancellation of treatment programs. In recent months, the number of opioid-related overdoses has risen again by over 50% in some states.

“Our mission is to improve the wellbeing of others by reducing everyday pain and inflammation,” shares Jim Iversen, Jacqueline’s husband and current CEO of Sen-Jam. The company’s SJP 005 product is an inflammation-reducing, pain-relieving drug. It’s not only opioid-free, but it is being tested to relieve opioid dependency in addicted patients. How? Inflammation is a common symptom of opioid drugs. This causes further pain and leads users to continue or increase their consumption of opioid pain relievers.

“The number one reason an opioid-dependent person cannot reduce their daily opioid consumption, is because the withdrawal symptoms are too painful,” explains Jacqueline. By treating this inflammation and reducing the related pain with an opioid-free product, Sen-Jam’s SJP 005 offers a glimpse of a brighter future.

“Our products all serve large, unmet needs,” shares Jim. Sen-Jam has combined and repurposed two molecules into simple and safe compounds that treat as well as prevent inflammation. In doing so, Sen-Jam has been able to adapt its first product to address a wide range of ailments. The company has 24 secured patents as well as several patents pending.

The United States now has the fastest-growing rate of COVID-19 infections, recording around 50,000 new cases per day. With over 3 million confirmed cases and over 130,000 deaths to-date, the country has become the epicenter of this global pandemic.

One of the most dangerous symptoms related to COVID-19 is something called a ‘cytokine storm.’ In response to most infectious diseases, the body’s immune system releases various antibodies. A cytokine storm results from a sudden and uncontrolled increase in immune cells to one area which triggers mass inflammation. This can result in tissue damage, multi-organ failure, and ultimately death.

“We have the opportunity to decrease that cytokine storm,” shares Jacqueline.

Sen-Jam was originally working on a product to fight the common cold. However, when COVID-19 started to spread they quickly shifted focus. “Repurposing drugs is the best way to provide pharmaceutical products at low cost to the masses,” explains Jacqueline in an interview with StartUp Health TV. “The only way we can come up with a treatment for COVID-19 this year is if you repurpose drugs that you already know are safe to administer to humans.”

The company believes that by administering the product at the first sign of COVID-19, they will be able to drastically reduce the impact of the virus. It seems that others would agree. Sen-Jam was recently awarded first prize in the Life Science Nation/Redefining Early Stage (RESI) Innovation Challenge for their work on COVID-19 treatment.

Now, Sen-Jam Pharmaceutical is working hard to bring their treatment to the market as quickly as possible.

In an effort to support treatments being brought to market quickly, the Federal Drug Administration (FDA) in the US has released new emergency guidelines. However, that certainly doesn’t mean that the approval process is fast.

“As much as there is collaboration going on there are still hurdles,” Jim clarifies. “Through some of our scientific advisors, we reached out to the Mayo Clinic. But they’re inundated with so many requests, that they can’t even look at what we sent. We have to have a protocol, a principal investigator, as well as funding for any medical institution to look at what we’re doing. My background is in supply chain, so a lot of things that we do have been around rapidly developing and deploying. That’s what we’re trying to do with this drug. We believe that there is a great possibility that we can enhance the standard of care with our product.”

Repurposing the Power of the Network

To achieve this goal, Sen-Jam quickly realized that they would need to reach further than their personal networks.

Through the United States’ clinical trials online database, Sen-Jam was able to connect with a group in France. This group was running clinical trials on COVID-19 patients using half of the same compound that Sen-Jam uses in their product. Speaking via Zoom call, the Iversen’s were able to establish a partnership that would allow them to enter their product, SJP-002, into human clinical trials.  Additionally, the partnership was able to provide Sen-Jam with data from their in-vitro study as well as the protocol used. Ultimately this saved Sen-Jam months of work and waiting. Working in collaboration with researchers, organizations, and companies around the world, Sen-Jam was able to go from Ideation to a Protocol in 12 weeks and are now focusing on plans to test in humans this summer.

When it came to finding funding for the studies, the company turned to digital platforms as well. “The last thing we want to do is have all this stuff set up and not have the capital to support it,” explains Jim. “Working with Opportunity Network has given us the ability to parse information and get it to the right sources.”

Within 10 weeks, Sen-Jam secured $150,000 in funding through a post on Opportunity Network. “We’re looking to raise $3 million USD with a minimum investment of $25,000 USD,” elaborates Jim. “Right out of the gate we connected with individuals who were not only enthusiastic but were also willing to execute on their intentions.”

At the same time, Sen-Jam decided to leverage the benefits of online crowdfunding. They connected with RedCrow, a digital investment platform focused on life science companies and accredited investors. “They featured our company as well as our opioid withdrawal product on the platform. We were quickly trending as the number one viewed company on the site,” shares Jim. “These are tools that we’re going to continue to use and build on.” 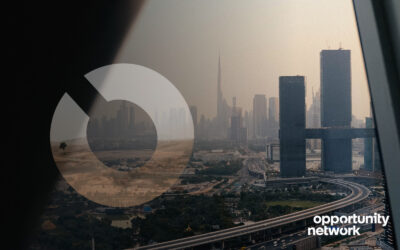 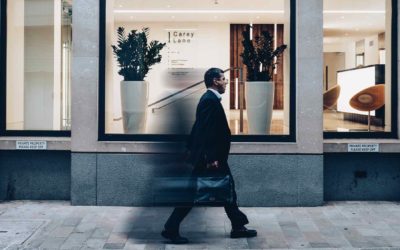 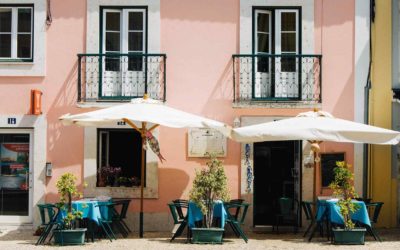 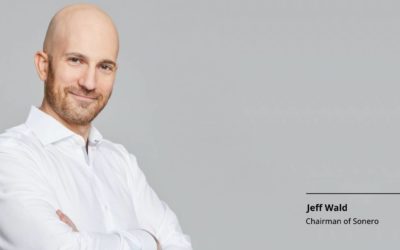