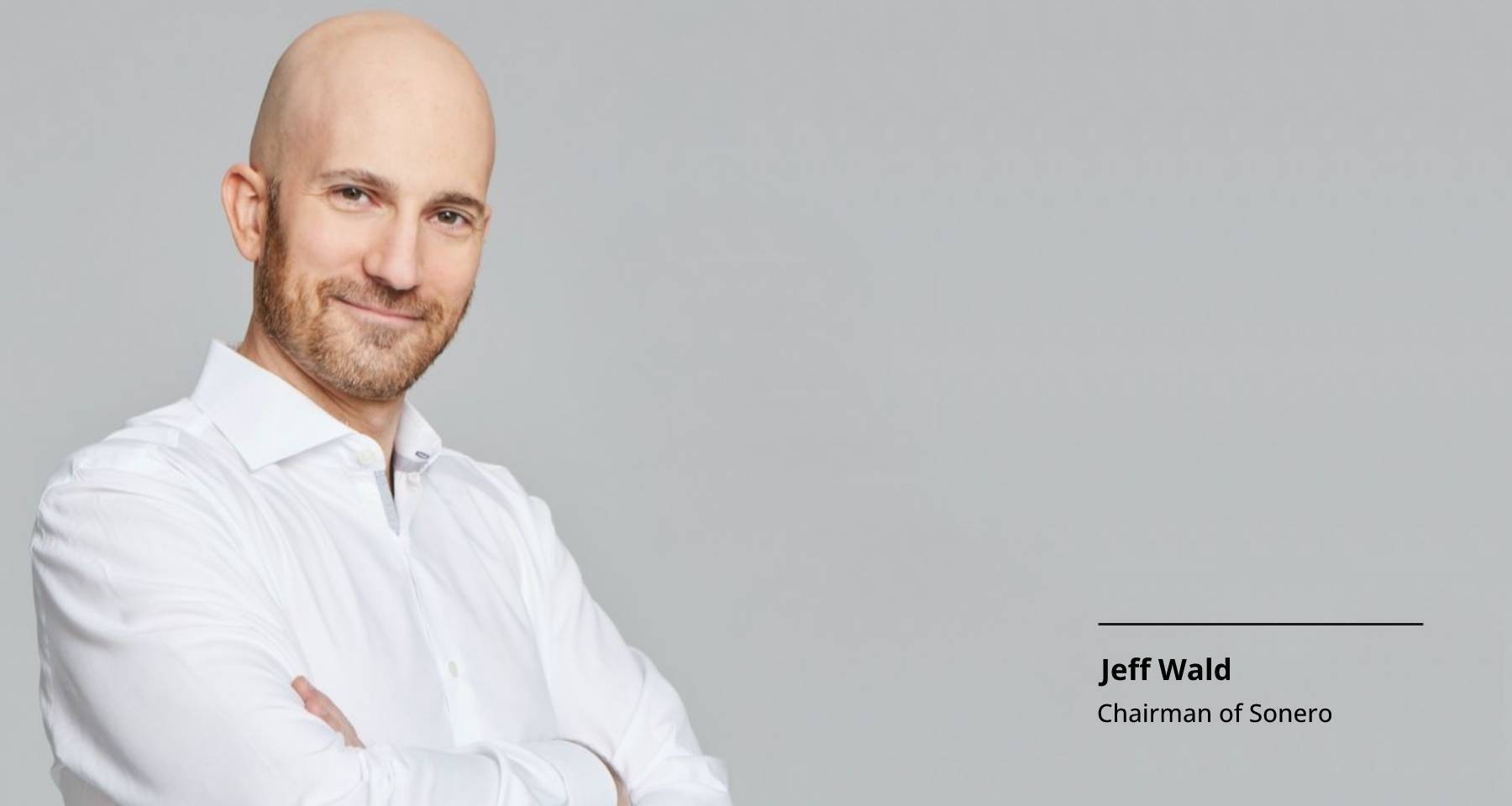 The world of work is changing rapidly. Historically, this does not happen frequently and, although work has gotten better, safer, and more rewarding by all measures, rapid changes create fear. But, how substantiated are our fears of the future of work? And, how can we anticipate the changing working environment?

Although the pandemic accelerated the alternation of our work structure, a macro trend toward a more flexible work structure had already been set in years before COVID appeared. Jeff Wald, serial entrepreneur and author of The End of Jobs, explains that the movement from a 9-5 job in one office with one manager to a work-from-anywhere, team-based solution had already begun years before the pandemic hit.

According to Jeff Wald, there are three developments that play a significant role in the current future of work:

– Labor on-demand – the rise of contractors and freelancers

Just 3% of the workforce in the United States was working remotely pre-pandemic while during the pandemic this was 40%. Tools to meet and work remotely exploded and a shift in our work structure is tangible for everyone around the world.

On average, there is approximately 42% of the total workforce in industrialized economies that is able to work remotely. This means that the majority of the working population will never be able to work from home or anywhere else outside the office. Yet, 40% of the working population in the U.S. worked remotely during the pandemic, almost the maximum.

The reason that remote working was not fully embraced pre-pandemic was twofold, according to Wald. “Firstly, an antiquated mindset. We all know managers that think that productivity equals presence. Secondly, systems and processes were not equipped for remote work yet. These two barriers have almost completely been eliminated due to the pandemic.”

Most mindsets have changed and systems and processes have been digitized massively. The future of remote work is not defined by these elements anymore. So, what does determine the development of remote work and how will it define the future of work? “It is now defined by an optimized work-life balance, creativity and mentorship, and the mission to be an employer of choice”, Wald explains.

According to Wald, companies need to take action when it comes to defining their policies. “Now that the pandemic is ending, it is time to determine the direction of your company. Any company that is not consistent and clear on their policies, will lose.”

‘Clear and consistent communication is the best path’

According to a survey by Gallup (February 2022), 19% of people prefer working in the office over working from home while 42% prefer a hybrid structure. 39% of the people vote for a completely remote structure. “This means that the majority does not want to work completely remote”, Wald adds. “That makes sense. We are social animals and want to be around our colleagues. Just not all the time.”

According to Wald, flexibility and clarity are the best, and only, approaches to adapting to the future of work as an employer of choice. “Allow flexibility, but be clear about policies. Determine when people need to be in the office and how often so they can plan their lives. Clear and consistent communication is the optimal path.”

On-demand labor means that someone who is not an employee works for your company as a freelancer, temporary employee (temps), contractor, or a so-called 1099. 1099 refers to the form that is used in the U.S. to report non-employment income to the Internal Revenue Service.

The on-demand workforce in the U.S. could increase by 10 million, according to Forbes and a survey of freelance platform Upwork concluded that 20% of employees are considering going freelance. Could this mean that a fundamental shift in labor is approaching? Will companies increase hiring freelancers or temps instead of full-time employees?

Fill the knowledge gap with an on-demand workforce

98% of companies in the US already use on-demand labor in some way, according to Wald. However, how long and often freelance or temporary workforce is utilized varies a lot. Tapping into on-demand work platforms to find the talent that your company lacks is often a great solution to close a knowledge gap.

Wald, who is the founder of the world’s largest ​​company to manage freelancers, WorkMarket (bought by ADP in 2018), confirms that on-demand work has increased: “An in-depth study by ADP found a 3% share shift from full-time to on-demand employment from 2010 to 2020. However, there is a much higher increase in 1099 in the last few years. Wald explains that this is due to consumerization and formalization. “Like dog walkers”.

The Uberazation of dog walkers

As an example, Wald refers to the millions of people who have been making money as dog walkers for years, but only a few dog walkers reported the earnings of their daily rounds at the end of the year: they made informal, cash-based, non-official agreements with dog owners,

However, just like driving taxis and renting apartments through Uber or Airbnb, dog walking can now be arranged through apps like Rover or Wag!. The app allows dog walkers and owners to find each other and formally make agreements. “And”, Wald adds, “the dog walkers all receive a 1099 now.”

The so-called ‘Uberazation’ of on-demand work such as walking dogs, driving a taxi, or offering your services on Upwork has led to a massive increase in 1099s. Individuals who used to work without formalizing their job, now offer their services on platforms leading to formal agreements and tax registration.

However, is this increase driven by a fundamental shift in the labor force? “No, dog walkers, taxi drivers of freelancers are just moving from a grey economy to the formal economy”, Wald responds.

‘There is no fundamental shift to on-demand labor-force’

Wald does expect that on-demand labor could increase in the future, but not massively. “We have seen a 3% share-shift in 10 years so we can conclude that on-demand labor is growing, but not booming. Companies that work with on-demand workers will probably keep doing that and might even hire a few more. But, companies that don’t work with freelancers at scale, will not massively shift to an on-demand workforce, unless regulations change drastically.”

Since the beginning of our labor history, technology has been improving resulting in automation taking over tasks that were previously done by men. However, according to Wald, this never happened immediately. “It takes years after a technology is introduced before it is able to completely take over these tasks”, Wald explains.

The impact of automation

According to Wald, it is not easy to predict the future of specific jobs in the light of automation. “When you want to make an accurate prediction, you should look at the regulatory environment (changes could increase the need for a job), competitive environment, customer service aspects, what automation can mean, and what the job involves. “Only then, do you make a thoughtful prediction of the impact of automation on one certain job.”

Read more about automation and a fourth industrial revolution. 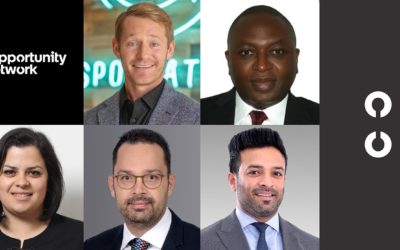 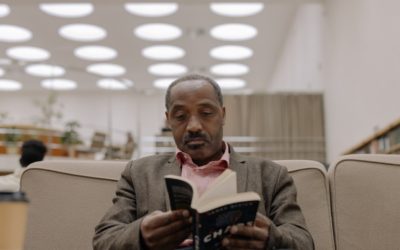 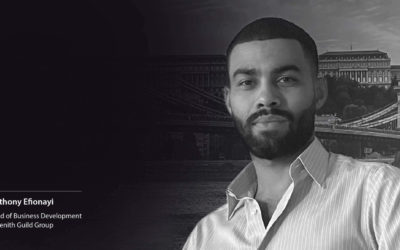 A conversation with Anthony Efionayi, Head of Business Development at Zenith Guild Group. Zenith is a set of Real Estate companies operating on over three continents. While offices worldwide have had extremely low occupancy rates during the last couple of years, our... 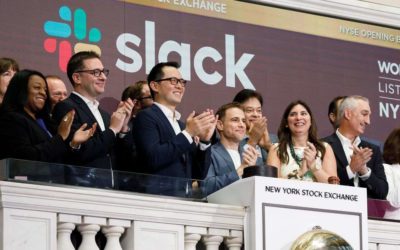